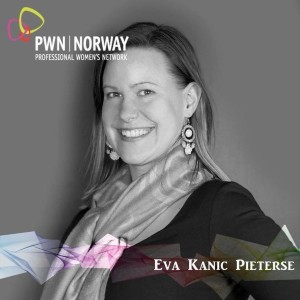 Time flies when you are having fun. When the PWN Stavanger vessel launched, it set out on a thrilling adventure, packed with excitement and enthusiasm. It has been three years since PWN Norway’s hub, in Stavanger, came into being in February 2018. In the safe hands of PWN Norway, the Stavanger crew learned to sail and steer in different waters, and it is now eager to explore the world and grow even more.

The PWN Norway community in Stavanger includes today about 70 members from 24 different nationalities. It has become a concrete reality in the city's professional network landscape.

The journey started thanks to the passion of Eva Kanic Pieterse, founder, and leader of the Stavanger community until December 2020. Eva was born and raised in Stavanger, full of Norwegian zest with a sprinkle of East-European flare, courtesy of her family's roots. She studied marketing, HR, and leadership and gained a lot of experience working in the field of human resources.

In the 1980s, the city experienced a profound economic and urban revolution, transforming from a fishing town, characterized by a flourishing canning industry, to a main oil and gas hub. The greater region has suddenly been thrown into the spotlight, growing in size and expertise, embracing the changes, welcoming more people from all over Norway and the world. Enthusiastic and organised, Eva was one of the first to notice that something was missing in Stavanger: a professional community where women belonged together.

As the city continued expanding, there was an overwhelming need for people to create bonds. Men in the oil business and the ecosystem around it began to develop extensive networks and connections. That was an undeniable help to support their growth, both on personal and career level. It was the same type of support that women lacked: “We needed an opportunity for interaction, a community who could harness the power of together, regardless of the professional background being the corporate world, the entrepreneurial reality, or simply a fresh start in a new environment.” reflects Eva. 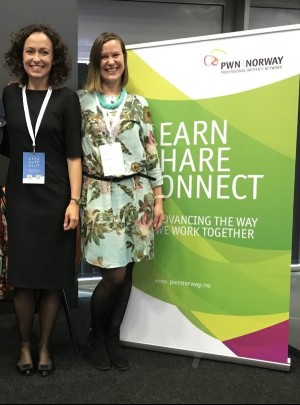 Like an experienced navigator, Eva read the winds and decided to take the lead on running the boat. Good fortune meant that she was not the only one who noticed this genuine need for women to connect. Natalia Ålgård, already a member of PWN Norway community in Oslo, although based in Stavanger, also felt the desire to have a closer network where women could meet regularly and be engaged in person.  When the two of them met, their visions resonated.

Eva and Natalia decided to join forces. Together with the initial team, which included, among others, Claire Førland, Michelle Østbø and Jelena Usken, they established a professional community of women.

Having the opportunity to talk to Eva and Natalia now, I find it extremely inspiring to see how much people can achieve when they have a dream and work hard to make it happen. As I listened to their stories of such a great achievement, I felt a clear sense of honesty and integrity emanating from them. They put together the crew by acknowledging their strengths and weaknesses and used these to establish roles and responsibilities.

Most of the women in the initial phase did not know each other, so they quickly built a safe environment that enabled frank communication, to build the cornerstone of trust and collaboration; after all, they were in it together.

Above all, I believe it was the readiness to listen to the city's essence and get inspired by its roots that helped them catch the wind.

They managed to create something new by combine the city’s local origins and its most recent international mindset. They brought Norwegian and international women together in the true spirit of inclusiveness and gave this bond a name and a place to exist. The monthly events with PWN Norway in Stavanger started to roll out, and they were invaluable to many.

It took a great deal of determination and courage to kick the project off, but as soon as it started, the response was incredible, not just in terms of audience. The team succeeded in putting together a lineup of excellent speakers. It covered the most diverse topics: from how to cultivate self-awareness to the ABC of pitching skills, switching to personal development resources, or the basics of venture capitalism and entrepreneurship.

The speakers' interest and sincere engagement boosted the entire team's confidence in the adventure and helped to make PWN Norway in Stavanger even more visible. 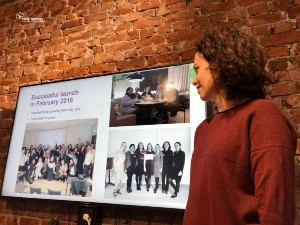 The feedback was more than imagined: many women took their time off their busy schedules and family duties to join the events. And it was not so uncommon for the sessions to last longer than planned! On several occasions, the members took over the meeting room after the talk, chatting amicably and exchanging opinions and experiences.

The introduction of "Needs and Leads" at the end of each event was a clear example of openness. Each event offered more than a vast network or professional growth. It became a haven where we felt free to look for help and a family where we could be our true selves. The members, their stories could be heard and resonate with one another. We shared the cheer for a new successful business, and we empathised with the struggles we face in everyday life.

In 2019, the team began to work on the first edition of the Mentoring Program, which was launched at the end of the same year and ran through the first half of 2020, shifting smoothly to an online version due to the meeting restrictions forced by the onset of the pandemic.

2020 brought new developments not only in how we related to the members, but also inside the crew. Like everyone else, we had to cope with remote communication and master the etiquette required in virtual meetings. In May, Natalia left her role as Events Team Leader to focus entirely on her career as an investor and entrepreneur. At the end of the year, Eva moved into a brand-new role  with the PWN Global Board, as a VP Network Sustainability. These transformations amid a pandemic tested the group's ability to navigate in deep waters: both Natalia and Eva fulfilled their mandate and helped with a smooth hand-over, carefully planning for a recruitment phase. New volunteers came on board with fresh energy and enthusiasm, keen to step into the vacant roles, and determined to continue the former teammates' legacy.

We have no doubts that the Stavanger community journey has many more adventures in its future.  The journey has only just started! Together with our versed sister community in Oslo, we are motivated to grow, learn how to read the new social map, and capture new currents to discover new destinations.

You are already logged in, Please logout and continue

Click here to find the city network closest to you and become a premium member.