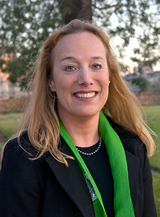 Mirella Visser is Dutch, holds a Masters degree in Law and completed the General Management Program at CEDEP in Fontainebleau, France.

She spent most of her management career at ING in Asia, where she became member of the management board in Hong Kong, responsible for ING’s four business units in South-East Asia. At KPMG she managed Post Merger Integrations of international financial services companies.

She sits on the Supervisory Board of Royal Swets & Zeitlinger and on the Advisory Board of the European Leadership Platform. She has been co-founder and board member of several executive women’s organizations since 1993. In 2007 she was nominated by European Voice (Economist) as ‘European of the Year ’ and ‘Campaigner of the Year’ for her work in promoting professional progress of women in The Netherlands and Europe.